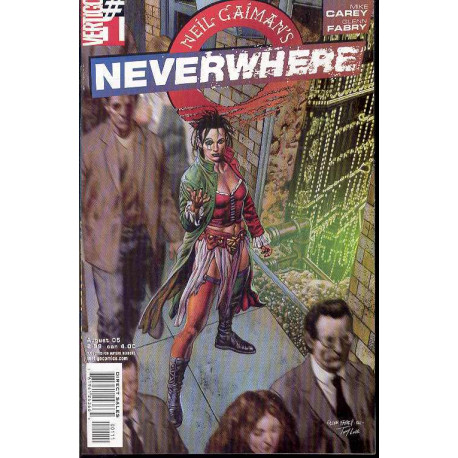 Art and cover by Glenn Fabry

Hidden far beneath the modern city is London Below, a strange alternate world of swirling colors, casual magic and gothic danger, populated by misfit characters who have, quite literally, fallen through the cracks of the workaday world above. The tale begins as Richard Mayhew, a very decent but very ordinary man, stumbles across Door, an extraordinary young lady from a London that Richard never dreamed could exist. His single act of kindness toward her immediately costs him his fiancé, brings a pair of unthinkably ruthless assassins to his flat, and sends him on a quest that could quickly end with his own untimely demise.

Don't miss a free 8-page preview of this issue in FABLES #36!