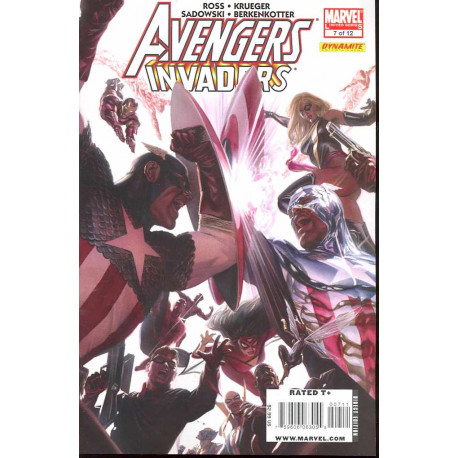 Marvel's biggest self-contained story of the year continues!  Featuring Earth's Mightiest Heroes and spanning the generations from 2008 to the war-torn days of World War II! Surrounded by a trio of enemies they thought long-vanquished, The Avengers are victims of one of the most powerful pieces of technology in the Marvel Universe. Meanwhile, the Invaders find themselves trapped in an alternate reality that promises to destroy its most powerful member as the countdown to Armageddon begins.