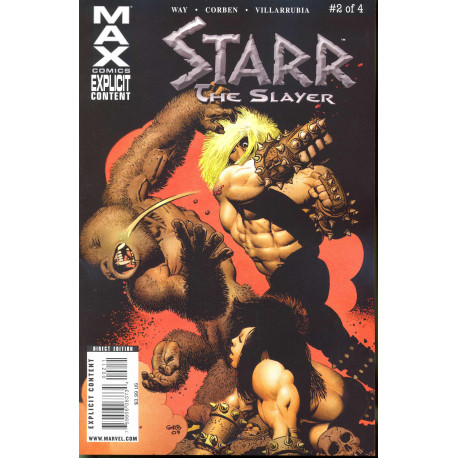 Starr the Slayer wasn't the only fictional character that writer Len Carson created back in the day -- he also created Starr's opposite number, the deceptive and demonic sorcerer Trull.  Using his black magic, Trull has summoned Carson to the Realm of Zardath and bound him to a human host, making him his slave.  His task?  Destroy Starr the Slayer! But even with Starr's creator in his back pocket, Trull has his work cut out for him as Starr grows stronger by the day, hardening both his body and his mind in the fierce and bloody Zardathian gladiatorial arena!