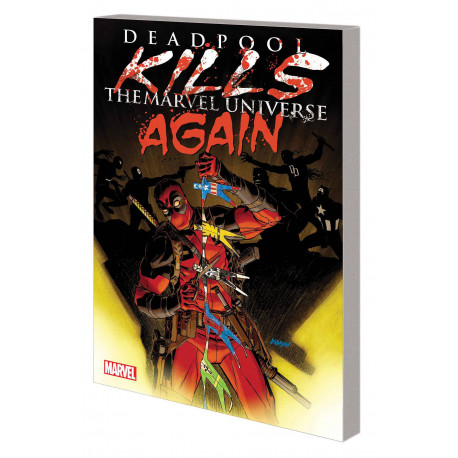 Remember the time Deadpool went a little too crazy and killed the entire Marvel Universe? Well, this isn't that. This is another time. Writer Cullen Bunn and artist Dalibor Talajic - the creators behind the original slaughterfest - reunite for an all-new, all-different tale of death and destruction starring the Merc with a Mouth! And it features Wade Wilson taking out all of your faves in the most horrific ways possible! Including Gwenpool! Moon Knight! Ms. Marvel! The Guardians of the Galaxy! Even Moon Girl & Devil Dinosaur! It's gonna hurt him more than it hurts you - and you're gonna love it! But we just dare you to guess how this story ends. One thing's for sure, though - you won't believe your eyes when Deadpool kills the entire Marvel Universe...again!