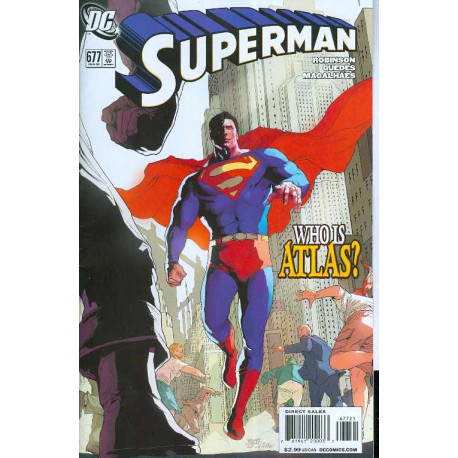 James Robinson (Starman, The Golden Age) arrives as the new ongoing writer of SUPERMAN as changes abound in the life of the Man of Steel! A frighteningly powerful new presence declares Metropolis his, a monster strikes the harbor of the City of Tomorrow, Green Lantern guest-stars for a unique game of fetch, and the Science Police arrive on the scene. And this is only issue one of the new run!